Every day billions of people around the world unknowingly eat food that contains a toxic chemical additive. And more than half a million die each year because of it.

This additive – artificial trans fat – clogs arteries and leads to heart attacks, and it doesn’t improve the taste or make food cheaper. No one asks for it in their food, and no one will miss it when it’s gone.

Trans fat – partially hydrogenated oil – is used as a substitute for butter or lard in spreads, fried food and baked goods.

Because it is inexpensive and prolongs the shelf life of products, trans fat once seemed like a silver bullet for food manufacturers, who use it in everything from crackers to pastries, breads, margarine, chips and pizza dough.

You might not know that you’ve eaten trans fat, but your heart will. It is chemically different from other, natural fats and is made by bubbling hydrogen into liquid oil, so it solidifies at room temperature, which is convenient for some food uses.

It is the tobacco of nutrition, with no health benefits and only health harms. Even a small amount can be harmful. Over time, it kills.

In 2004, Denmark, an EU member state, became the first country to eliminate artificial trans fat, and Switzerland, Austria and Iceland followed suit between 2008 and 2011. A full ban took effect in the US and Canada last year. 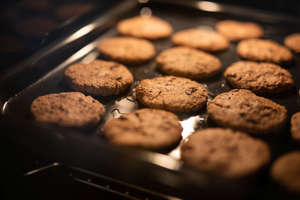 
The citizens of all these countries are now fully protected and the number of deaths caused by trans fats in these protected countries is falling.

Unfortunately, this additive is still present in the UK’s food supply and its presence is not revealed on food packaging.

The UK introduced voluntary guidelines for food manufacturers in 2007 in a bid to deal with the problem and this reduced the food industry’s use of artificial trans fat. But they remain a feature of the UK food chain, potentially clogging the arteries of unwitting consumers and driving up the incidence of heart attack.

The most recent data from the UK National Diet and Nutrition Survey (NDNS), collected between 2014 and 2016, show that average trans fat intakes in the UK are 0.5-0.6 per cent of energy intake for children and adults.

While this average is below the WHO recommendation of one per cent of energy intake, some adults and children will be consuming a higher proportion of artificial trans fat (and some, less), depending upon the food products they consume.

The situation is worse in much of the developing world, where trans fats are still common.

Nevertheless, political momentum to make the world trans fat-free is building. Almost one third of the world’s population – 2.4 billion people in 28 countries – now live in a country with mandatory trans fat limits or bans.

Since 2018, when the World Health Organization (WHO) launched the Replace initiative to eliminate industrially-produced trans fat from the world’s food supply by 2023, six more countries have introduced restrictions to ban partially hydrogenated oils or reduce industrially produced trans fat to the very low limits recommended by WHO.

Another 24 countries, including the UK and other members of the European Union, have recently adopted binding regulations that will go into effect in the next two years, restricting trans fat in all foods in the EU in line with WHO recommendations but falling short of a ban. 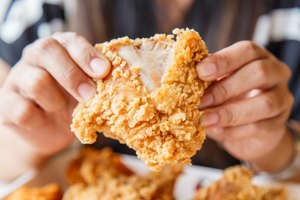 
But this isn’t enough. Five billion people in more than 100 countries including, for now, the UK, still consume common, everyday foods – from pastries to coffee creamer to cooking oils – which contain this harmful compound.

Only a small number of countries require the inclusion of trans fat on nutritional labels so many consumers have no way of knowing how much they’re consuming.

Cardiovascular disease is the leading cause of death worldwide, killing nearly 18 million people each year. Last week it was reported that the number of people under 75 in the UK dying from heart and circulatory diseases is rising again for the first time in 50 years.

Trans fat in food contributes to these deadly statistics, but it doesn’t have to.

Denmark saw a 10 per cent reduction in heart disease deaths caused by trans fat after it became the first country to eliminate this additive.

In Argentina, which adopted a mandatory limit on artificial trans fat in all foods in 2014, modelling indicates that up to 1,500 deaths a year will be averted.

And in New York State, people living in counties with artificial trans fat restrictions were six per cent less likely to require hospitalisation for a heart attack or stroke.

Replacing trans fat is also good for the economy. A study in the US projected a $130 billion net benefit for removing these harmful oils over a 20-year time period.

A European Commission study found that imposing EU-level policies limiting trans fat would save up to 50 billion euros over 85 years and increase the time people live healthy lives.

Although trans fat causes the highest number of deaths in low- and middle-income countries, almost all policy action to date has been in wealthy countries. This means that heart disease and death caused by trans fat hits people living in poorer countries the hardest. 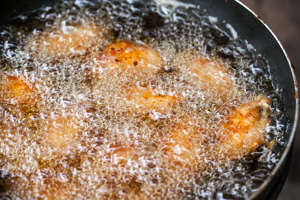 
A handful of major multinational companies have committed to eliminating trans fat from their products, but most lag behind. Companies in the International Food and Beverage Alliance (IFBA) this month committed to eliminate industrially produced trans fat in all products and geographies to align with the WHO standard: a limit of 2g per 100 g of total fat in all products.

Replacing trans fats won’t raise the cost of food, but it does require an initial investment that many in industry have resisted, as well as time to develop new recipes.

Earlier this month, Resolve to Save Lives, the NCD Alliance, the American Heart Association, and the World Heart Federation called on 83 of the largest manufacturers to voluntarily eliminate trans fat from all of their products. We’re still awaiting a response from those who are not members of IFBA.

But there is no excuse for delay – solutions exist and lives are on the line.

At this week’s World Health Assembly in Geneva, national, regional, and global leaders must commit to eliminating artificial trans fat, which can be done through the simple and effective strategies outlined in the WHO’s Replace initiative.

And all companies in the food, fats and oils industries must step up to protect the consumers of their products by replacing trans fat with healthy oils.

We have all the necessary ingredients to eliminate trans fat worldwide by 2023. With strong leadership, we can replace trans fat without changing the cost or taste of food. Our heads know that it’s the right decision but only our hearts will feel the difference.

MSN UK are Empowering Happiness for mental health awareness month. Find out more about our campaign and the charities working to stop people falling into crisis here.

Gallery: 100 Unhealthiest Foods On the Planet [Eat This, Not That!]