Skip to content
You are here
Home > Fattening Food > The 'healthy' oat biscuits with TWO teaspoons of sugar! We rate the alternative tea-time treats

CLAIMS: ‘Biscuits made with wholegrains and a live yogurt filling.

Proven to slowly release carbohydrates over four hours, as part of a balanced breakfast.’

EXPERT VERDICT: Made using a mixture of grains, which should give a slower release of energy.

Contain useful amounts of added vitamins and minerals, such as such as B1 and iron, but there’s still 13.6g added sugar — almost 3½ teaspoons per two biscuits — nearly half your daily upper limit. 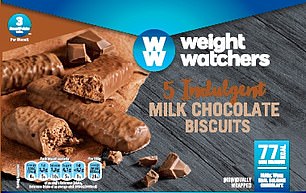 Fact: With 12.1g saturated fat per 100g these are high fat — and nutritionally similar to a regular chocolate digestive

CLAIMS: These baked oat biscuits are made with and coated in milk chocolate. ‘Reduced sugar’.

EXPERT VERDICT: The first ingredient on the list here is milk chocolate. Despite the claim to be ‘reduced sugar’, these definitely don’t fall into the low sugar category, with 25.8g sugar per 100g — around a teaspoon in every biscuit. 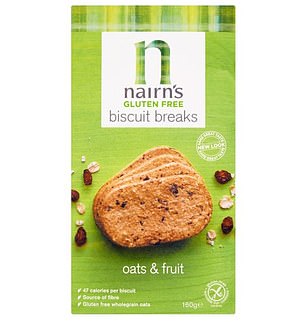 Healthy: The oats provide digestion-friendly fibre and beta glucan, a soluble fibre thought to help reduce cholesterol, plus B vitamins

CLAIMS: Made with wholegrain oats, these ‘contain 40 per cent less sugar than the average sweet, gluten-free biscuit’.

EXPERT VERDICT: The oats will provide digestion-friendly fibre and beta glucan, a soluble fibre thought to help reduce cholesterol, plus B vitamins.

While these are 40 per cent lower in sugar than similar biscuits, they come in packs of four and if you eat all four, that’s 8.8g sugar, just over two teaspoons.

But for biscuits, these aren’t bad if you stick to two. 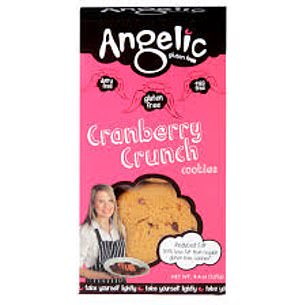 Sweet: Gram for gram, these have a high sugar content, with a teaspoonful in each

CLAIMS: ‘Gluten, dairy, wheat and egg-free, these are less than 70 calories per cookie and reduced fat.’

EXPERT VERDICT: On the plus side, these are suitable for certain food allergies and intolerances. They’re also the lowest fat content of all the biscuits tested, though they’re still classed as a ‘medium fat’ product.

With nearly 70 calories per cookie, you still need to keep an eye on how many you eat. Gram for gram, these also have one of the highest sugar contents, with just over a teaspoonful in each. 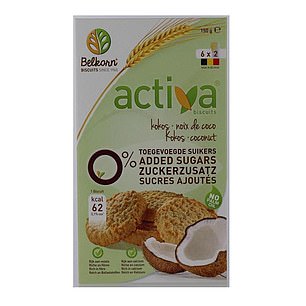 No added sugar: These are sweetened with maltitol, a manufactured sweetener

CLAIMS: ‘No added sugar. Rich in fibre and calcium.’

EXPERT VERDICT: On the plus side, the low sugar and carbohydrate content will have less impact on blood sugar levels than some of the other biscuits.

They are sweetened instead with maltitol, a manufactured sweetener with around half the calories of sugar, and fructo-oligosaccharides, a low-calorie carbohydrate. (Can cause bloating and diarrhoea in some people.) Crucially, they are almost a third fat, from the coconut and vegetable oils, and four biscuits will contain nearly a quarter of your daily limit. 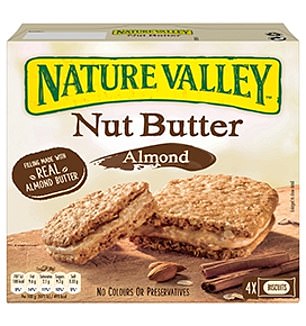 CLAIMS: Two cinnamon biscuits sandwiched together, ‘made with 100 per cent wholegrain oats and barley. High in fibre’.

EXPERT VERDICT: Each biscuit provides 2.3g fibre — around 7.5 per cent of your daily 30g. The almonds in the filling also provide magnesium, vital for bone strength, and vitamin E, important for the immune system. With 188 calories and just over two teaspoons of sugar in each biscuit, it is quite a substantial snack. 2/5 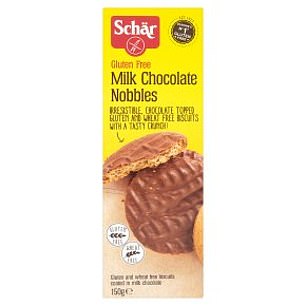 Healthy? As well as being gluten-free, these are made with beet fibre, which is known to help keep bowel movements regular

EXPERT VERDICT: As well as being gluten-free, these are made with beet fibre, which is known to help keep bowel movements healthy. But the amount from one biscuit is probably negligible: even if you ate eight — just over 500 calories’ worth — you’d still get less than 4g of fibre, which is just over a third of the amount in a small bowl of bran-based cereal. 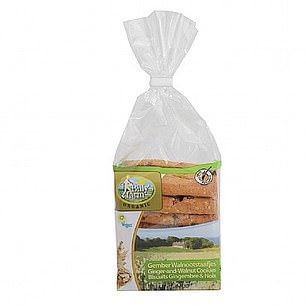 Organic and vegan: These are sweetened with corn malt syrup, a form of added sugar

CLAIMS: Organic, vegan cookies made with spelt and oats, ‘sweetened with syrups made from grains and fruit’.

EXPERT VERDICT: These are made with spelt flour, an ancient wholegrain, which is a useful source of fibre and minerals such as calcium, for bone health, and manganese, important for metabolism.

These are sweetened with corn malt syrup, a form of added sugar, with around half a teaspoon in each biscuit, which isn’t too bad compared to the others. 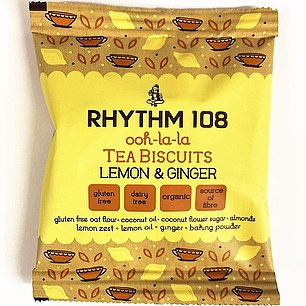 Did you know? These are also high in fat, even if some are ‘healthier’ mono fats

EXPERT VERDICT: The ingredients list is simple, but there’s still a lot of sugar here — around 1½ teaspoons in four mini biscuits. These are sweetened with coconut flower sugar, which some say contains useful minerals and fatty acids.

Chia seeds are a good source of fibre, while almonds provide useful amounts of bone-strengthening magnesium and antioxidant vitamin E. But these are also high in fat, even if some are ‘healthier’ mono fats. 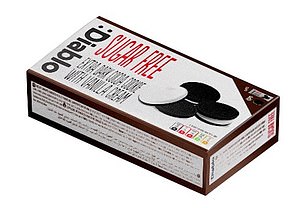 EXPERT VERDICT: These are sweetened with maltilol, a low-calorie sweetener made from starch (some people can find it causes bloating and diarrhoea).

They contain palm oil, which is almost 50 per cent saturated fat, and there’s very little digestion-friendly fibre here. These look very similar to Oreo biscuits, and have a similar calorie and total fat content. The bonus is they have significantly less sugar. 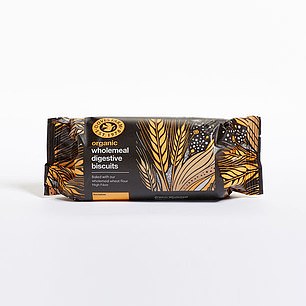 Better option? The wholemeal flour means each biscuit provides 3 per cent of daily fibre — almost double that in a digestive biscuit

CLAIMS: ‘Baked with wholemeal flour and a touch of malt for richness. High fibre.’

EXPERT VERDICT: The wholemeal flour means each biscuit provides 3 per cent of your daily fibre — almost double the amount in a regular digestive biscuit. And these do have a reassuringly short list of ingredients.

Although the calorie and fat contents here are slightly better than in regular digestives, gram for gram there’s almost a third more sugar in these. One biscuit gives you almost three-quarters of a teaspoon. 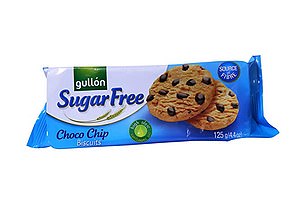 Yummy: Gram for gram, these are lower in calories than regular chocolate chip cookies

EXPERT VERDICT: High oleic sunflower oil has a high concentration of monunsaturated oleic acid, which is thought to have a favourable effect on your cholesterol. Gram for gram, these are lower in calories than regular chocolate chip cookies.

They also contain half the saturated fat and much less sugar. But while these claim to be a source of fibre, you’d have to eat ten biscuits to get just 4g — and the recommended daily amount is 30g.