Personal trainer, 31, shares the five signs you’re ‘skinny fat’ – and the diet and workout you need to follow to get lean

A personal trainer has outlined the major health problems associated with being ‘skinny fat’ and the weekly exercise routine you need to follow to lower your body fat percentage.

The term ‘skinny fat’ describes a person who maintains a low body mass index (BMI) but who has high levels of body fat and low muscle mass – even though they appear slim in clothing.

Rachael Attard, who is based in Sydney, used her website to explain how the average person becomes ‘skinny fat’ and how you can reverse the damage with a specific diet and resistance training.

Rachael Attard (pictured), who is based in Sydney, has used her website to explain how the average person becomes ‘skinny fat’ 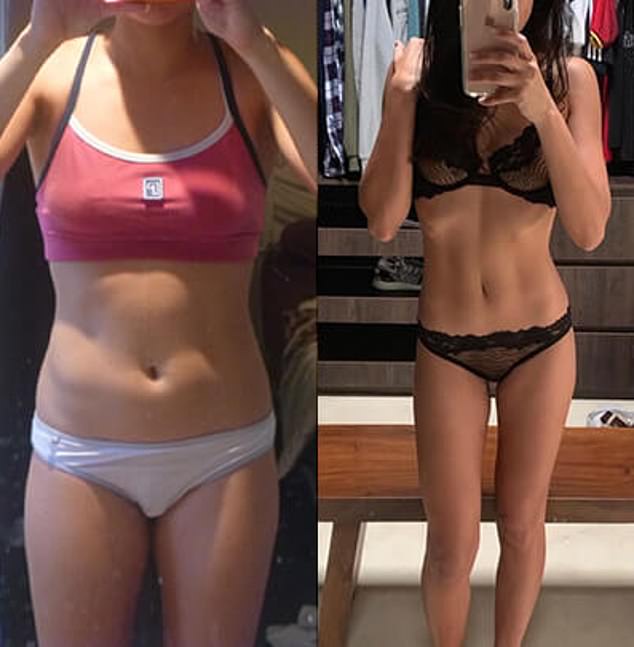 Rachael shared her own ‘skinny fat’ transformation on her website (pictured)

‘Skinny fat is a result of losing muscle mass (which lowers your metabolic rate) and adding fat by eating the same calories usually from unhealthy food sources (with a lower metabolic rate),’ the 31-year-old fitness instructor said.

‘You may maintain the same weight, go slightly above, or even lower in weight but it’s mainly fat, not muscle.’

What are the five signs you’re skinny fat?

1. Excessive amounts of cardio and no weight training.

3. You have a genetic disposition to be skinny fat.

4. You have hormonal issues.

WHAT CAUSES YOU TO BECOME SKINNY FAT?

People who are obsessed with doing large quantities of cardio – and very little resistance work – may become skinny fat because they aren’t building enough muscle to keep their body fat percentage down.

This, combined with a poor diet that is high in carbohydrates and refined sugars, will cause you to store excess bodyweight in the midsection – a common ‘look’ associated with being skinny fat.

Some people are genetically predisposed to the condition and will actively need to work on changing their body fat to muscle ratio. 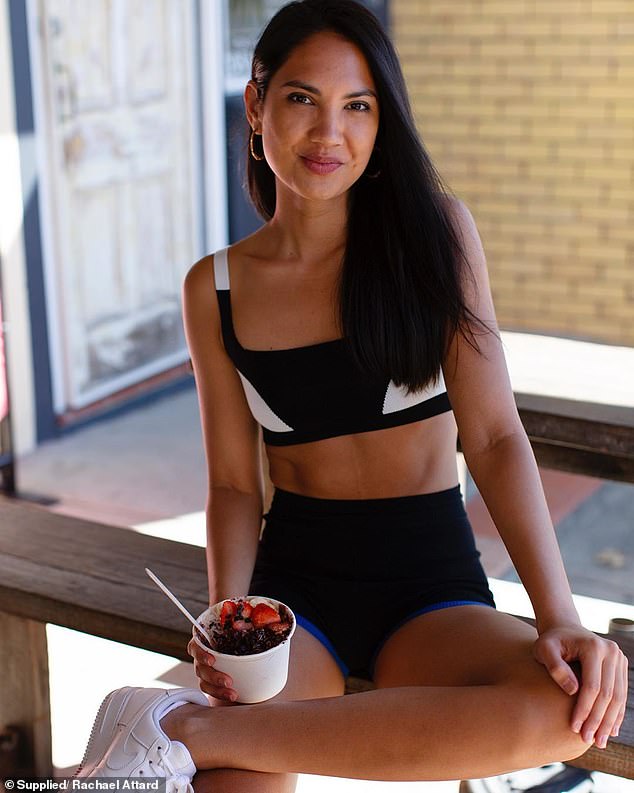 ‘I should also mention that in some cases skinny fat people struggle because of a range of health conditions, which include hypothyroidism (unusually low hormone production), hormone imbalances, certain medications (such as the contraceptive pill) and gut health issues,’ Rachael said.

Finally there is the case of extreme dieting whereby someone has lost a lot of weight by dramatically cutting their calorie intake, but weren’t exercising at the same time.

WHAT ARE THE DANGERS?

Having a high body fat percentage can come with just as many risks for a ‘skinny’ person as it can for someone who is classed as obese.

But the associated health problems don’t have to become your reality, as Rachael said there are ways to transform your body from ‘skinny fat’ to toned in weeks. 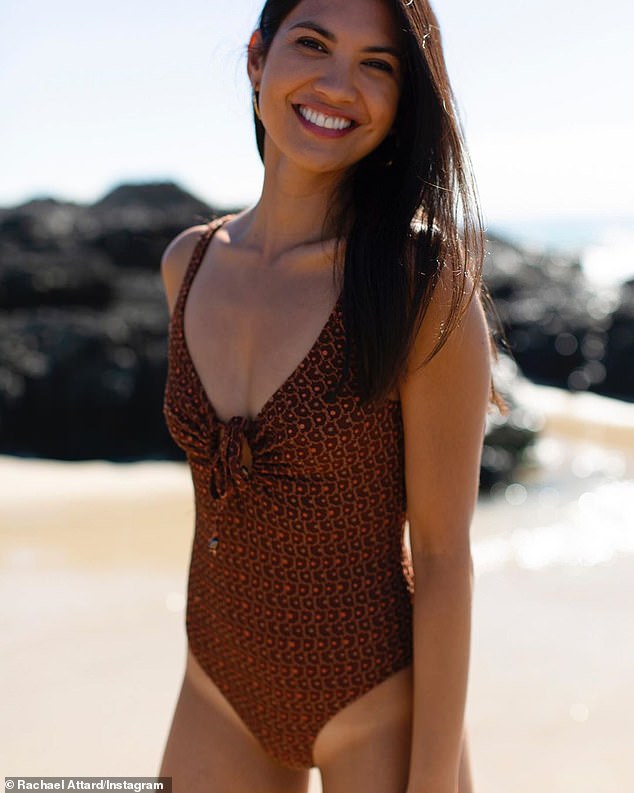 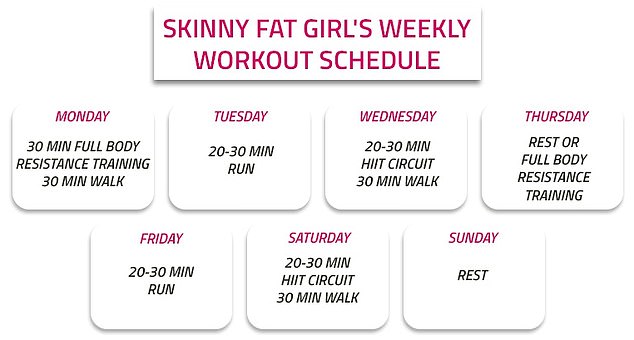 WHAT CAN YOU DO ABOUT IT?

‘For skinny fat people who want to tone up and lose a bit of excess body fat, you will need to do a combination of resistance training and cardio,’ Rachael said.

How can you reduce your carb intake?

3. Try to eat most of your carbs at breakfast or post workout.

4. Aim to get most of your carbs from fruit, vegetables and whole grains.

She recommends High Intensity Interval Training (HIIT) for sufferers of the skinny fat look because it burns a high number of calories and builds muscle through bodyweight exercises.

Alongside this you’ll need to remove all processed foods from your diet – or keep it to a minimum – follow a low-carb diet and aim for five vegetables a day.

The majority of your carb intake should come from fruit, vegetables and wholegrains.