Would you make these for your kids? Mum wows with the VERY healthy school lunchboxes she prepares for her fussy sons who refuse to eat fruit

A savvy Australian mum has impressed others on social media with the healthy lunchboxes she prepares for her two sons who refuse to eat fresh fruit.

Suzanne posted an image to a popular Facebook group and said while she used to fill the lunchboxes with easy yet unhealthy options, she now makes healthy bento boxes with sushi and snacks.

‘With two fussy eaters who refuse to eat fruit (thank goodness they eat veggies), I have often resorted to lunchboxes full of junk food and a sandwich because I didn’t want them to starve,’ she said online.

‘But thanks to all your amazing ideas that you share I have switched to bento boxes for my boys and lunches that are a bit healthier (and more environmentally friendly), so thank you everyone for your shares, you’ve all been inspirational.’

By preparing the bento boxes, she can ensure her sons are getting enough nutrients throughout the day. 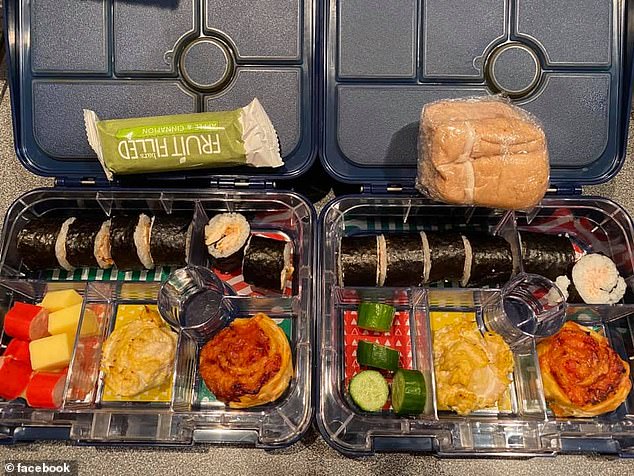 Suzanne posted an image to a popular Facebook group and said while she used to fill the lunchboxes with easy yet unhealthy options, she now makes healthy bento boxes with sushi and snacks (pictured)

Suzanne said she learnt to make sushi herself with the help of a DIY kit but now purchases the ingredients separately.

‘I make the sushi Sunday afternoon and we have enough for Monday and Tuesday,’ she said.

For the lunchboxes, she made two different types of sushi including tuna with mayonnaise and spicy chicken.

The bento boxes themselves also contain dividers in order to safely separate the assortment of food without using plastic wrap. 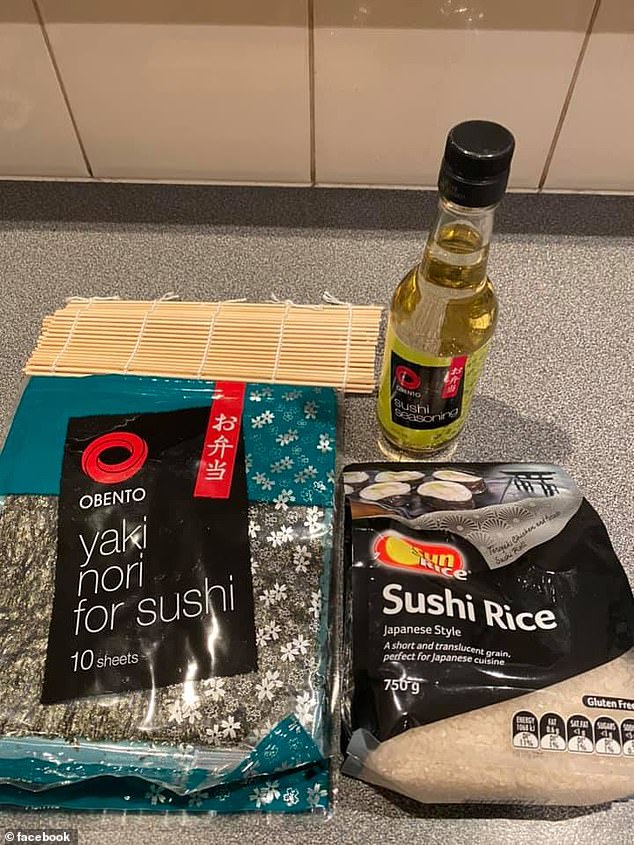 ‘I have one [child] who eats fruit but not vegetables, so don’t worry I understand,’ one woman said.

‘I have a kid that will eat fruit but not veggies too,’ another agreed.

A third added: ‘I can’t stand fruit either, veggies for the win! Yummy lunch.’

WHERE TO BUY BENTO BOXES IN AUSTRALIA