A one-year-old internet sensation with an incredible mane of hair has been signed by Pantene as one of the faces of the brand in Japan.

Baby Chanco, who lives in Japan, was born with a full head of hair in December 2017 and it has continued to sprout as she has grown.

Chanco’s mother updates her 300,000 followers on the platform with weekly photos of the little girl’s full bouffant.

Every photo shared of Chanco receives in and around 10,000 likes from her adoring fans. 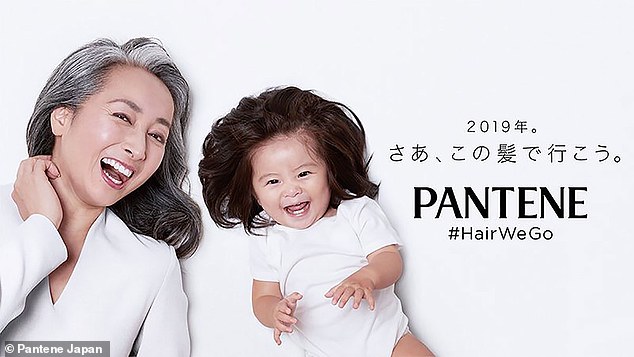 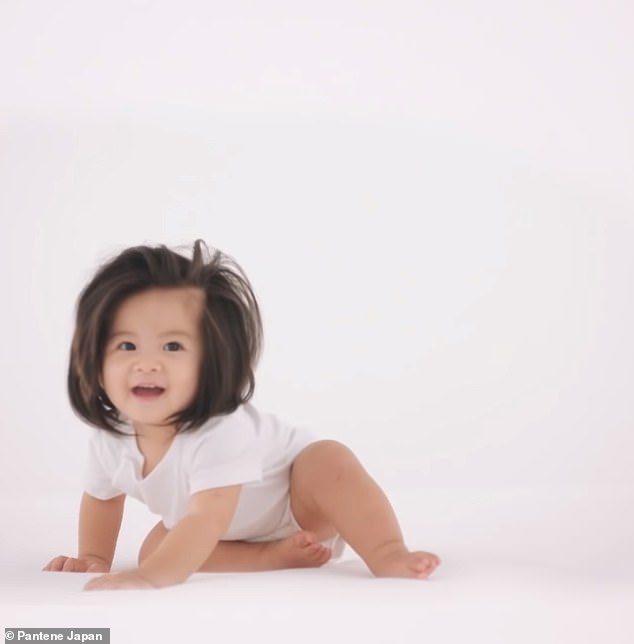 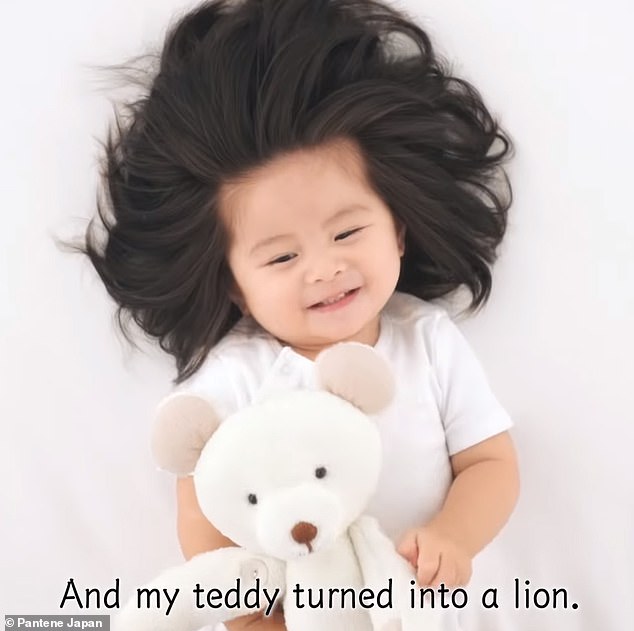 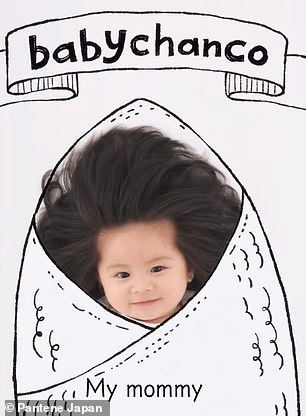 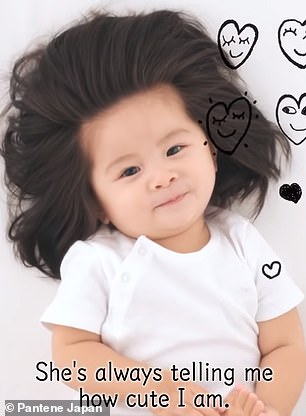 The baby has amassed more than 300,000 followers on Instagram since the first photo of her full, dark hair was posted by her mother 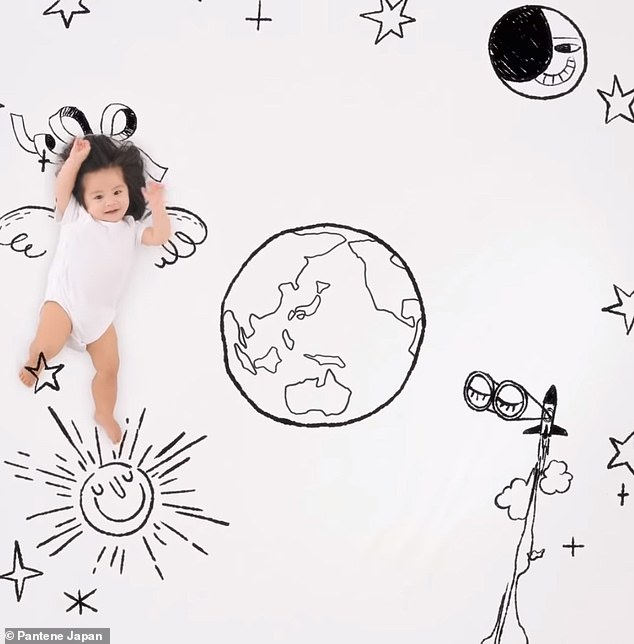 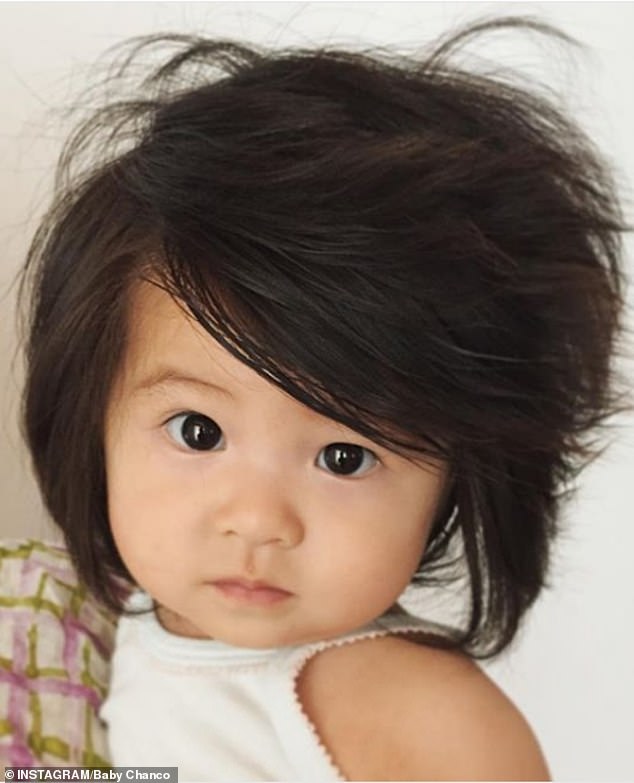 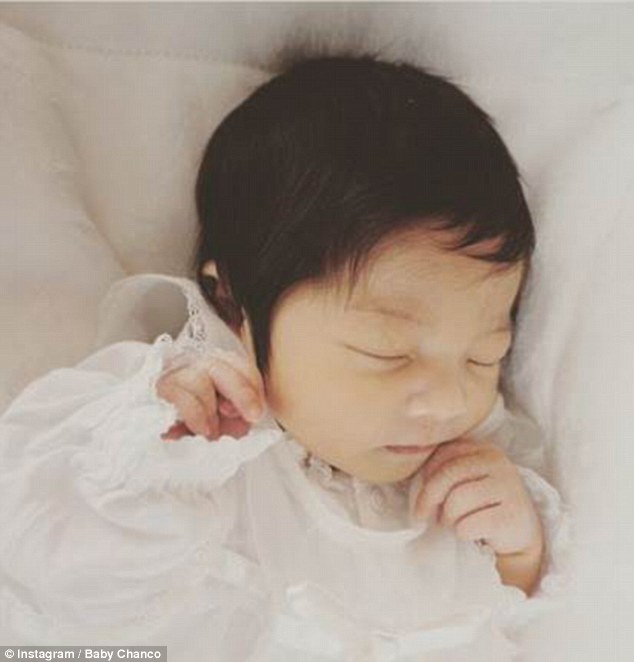 The first image was released in the company’s ‘#HairWeGo My Hair Moves Me Forward’ campaign in the Japanese national newspaper Asahi Shimbun on January 7.

Alex Keith, president of global hair care and beauty sector at P&G reportedly stumbled across an article about the baby and said: ‘Get this kid a Pantene ad!’. 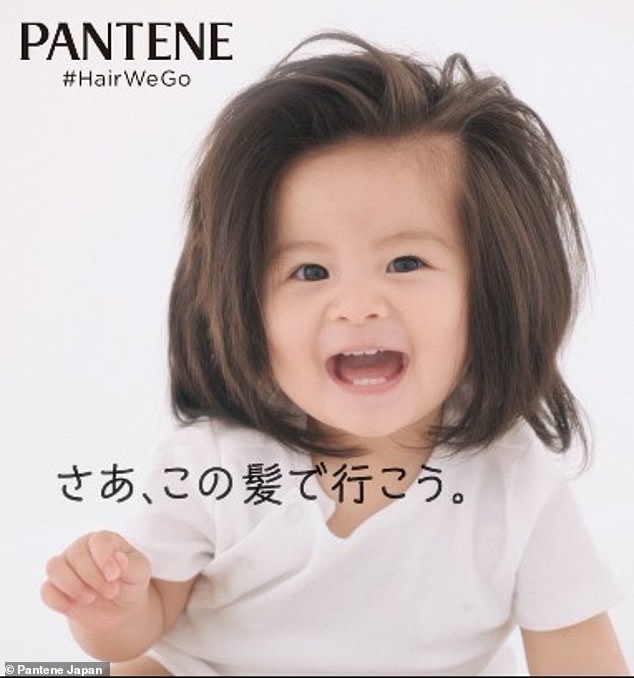 Thanks to her luscious locks Chanco’s mother is able to adorn her daughter’s hair with an array of hair accessories including bobbles, clips and ribbons 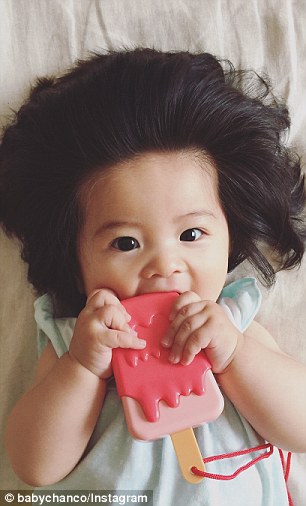 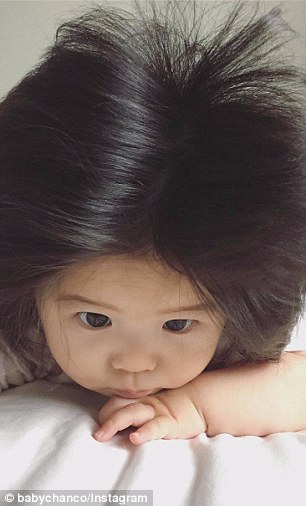 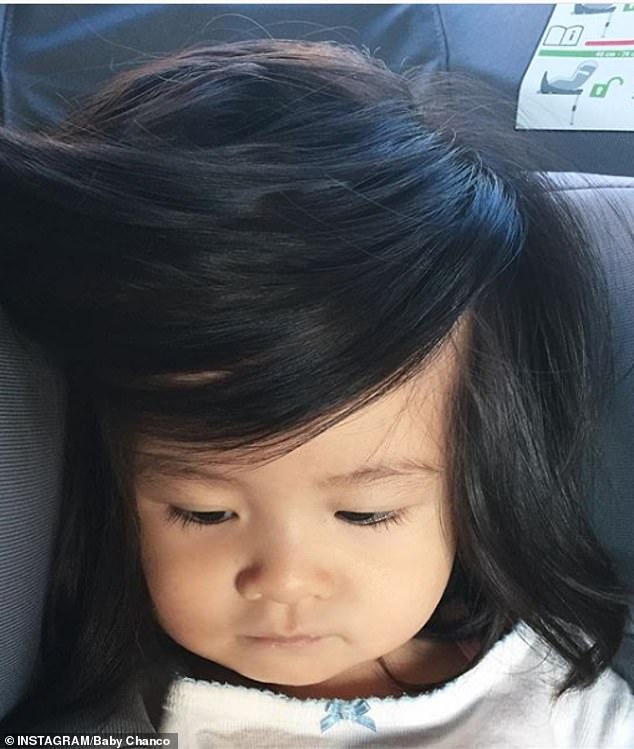 Baby Chanco, who lives in Japan , was born with a full head of hair in December 2017 and it has continued to sprout as she has grown