Skip to content
You are here
Home > Fattening Food > Baby cravings? Pregnant Sylvia Jeffreys covers her growing bump in activewear as she completes a VERY healthy food shop in Sydney

And on Sunday, the 32-year-old debuted her bump while shopping at a local Woolworths near her home in Sydney’s Double Bay.

The pregnant Channel Nine star proved she was putting health first during the outing, with her basket nearly overflowing with fresh produce.

Sylvia, who is a keen lover of health and fitness, picked up a bag of green spinach, along with a number of lemons, limes and kiwi fruit.

The Channel Nine star also appeared to be having a hankering for sultanas, with a large a one kilogram bag in her basket.

The star was positively glowing during the shopping trip, as she wore upscale activewear while running errands at the supermarket. 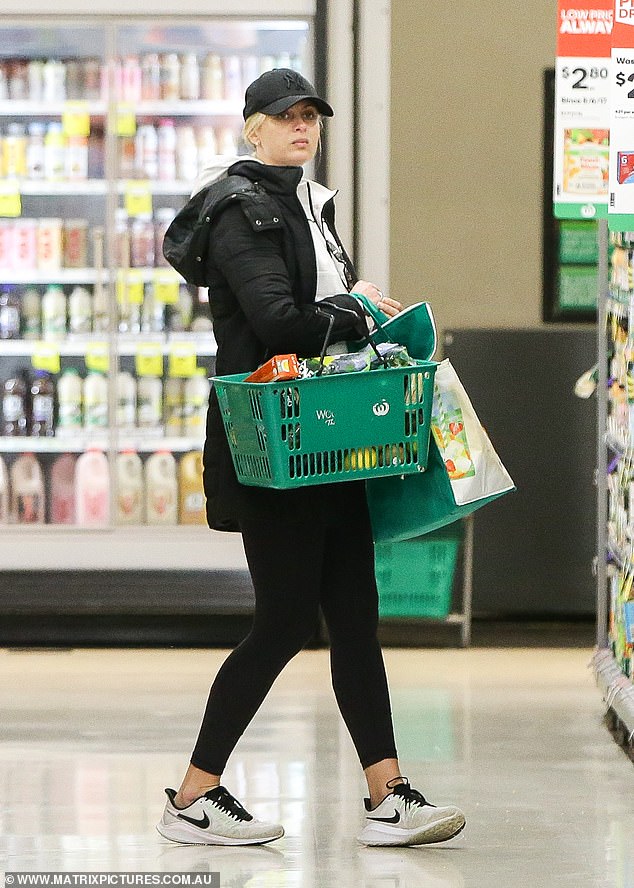 Heath first! Sylvia had lemon, limes and kiwi fruit in her basket

Sylvia opted to wear a large white P.E Nation jacket, along with black tights and a large black puffer jacket.

The TV star accessorised with a black New York Yankees cap, wearing her trademark blonde hair tied back behind it.

The star finished her look with a pair of designer sunglasses and a pair of white Nike sneakers for comfort. 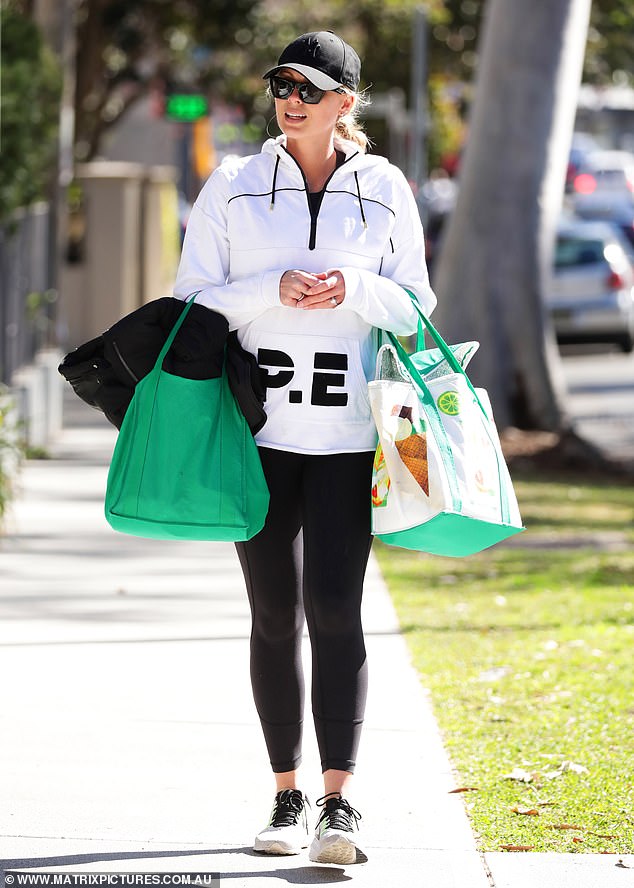 Glowing: Elsewhere, Sylvia (pictured) was seen lapping-up the winter sun while walking back from her local Woolworths in Double Bay 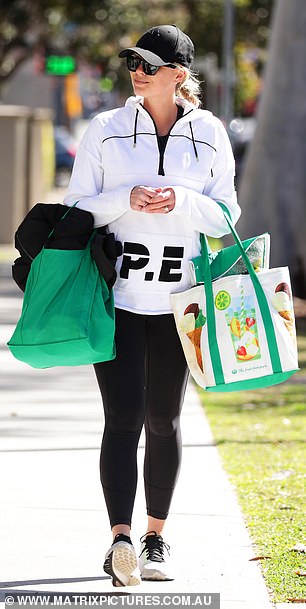 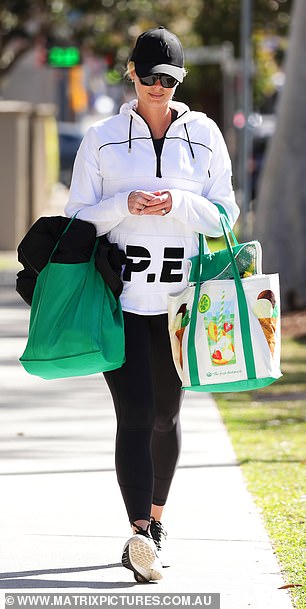 Stylish mama! Sylvia (pictured) showed off her bump in upscale active wear, donning a white PE Nation jacket along with a pair of black tights and white joggers

The loved-up expectant parents were later spotted strolling together, chatting while basking in the winter sun. 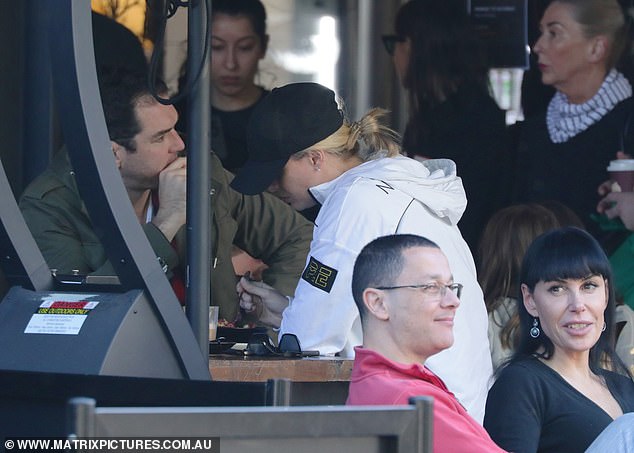 Quick bite: Sylvia and husband Peter (both pictured) were spotted later having a quick bite to eat at a local eatery in ritzy Double Bay

He paired the outfit with a khaki-hued jacket which a number of large pockets, which he wore unzipped.

Peter finished the outfit with red Nike shoes and a pair of sunglasses.

On Monday, Sylvia announced that she was expecting her first child with her husband via Instagram. 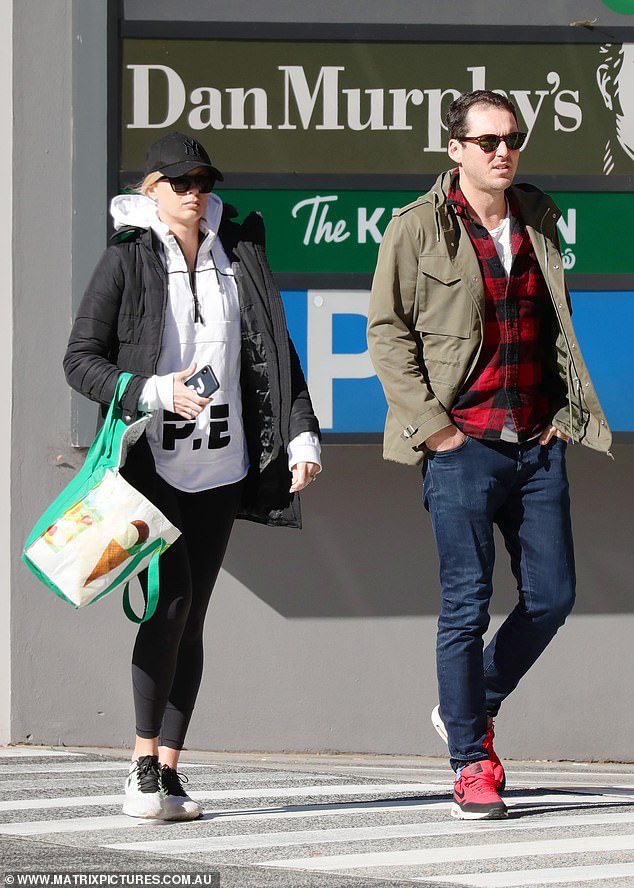 Romantic stroll! Sylvia and Peter (both pictured) were spotted strolling in the winter sun near their local shopping centre

‘We’re having a baby boy and we’re totally over the moon!’ she wrote on Instagram.

Peter also took to Instagram, sharing a photo of himself and Sylvia as he held a card that read, ‘It’s a boy!’

‘Soon to be a family of three and we are rapt! Good thing I’m already match fit with the whole no sleep thing,’ he added. 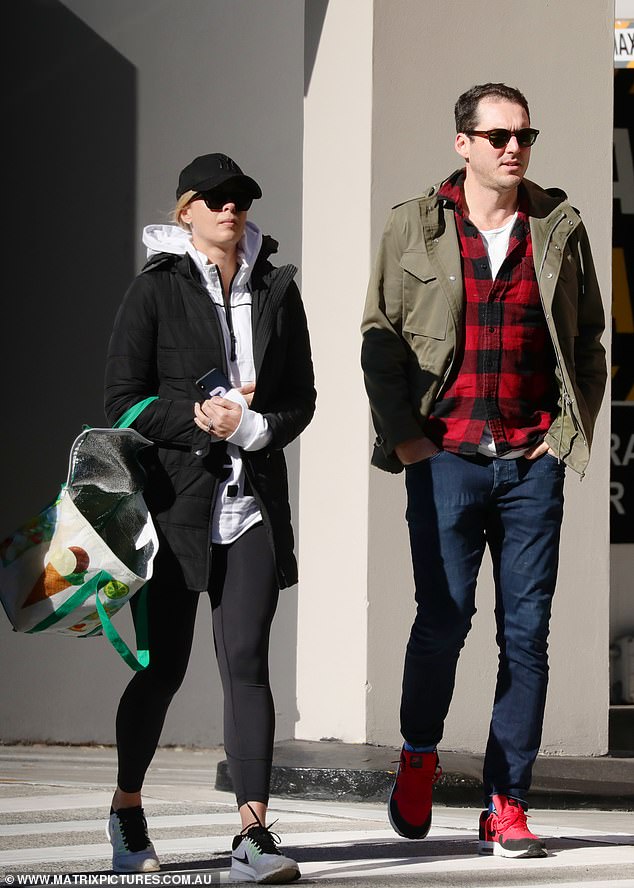 Quality time! The couple had a relaxing pace as she strolled from the shopping centre 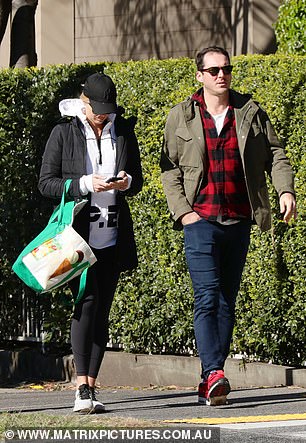 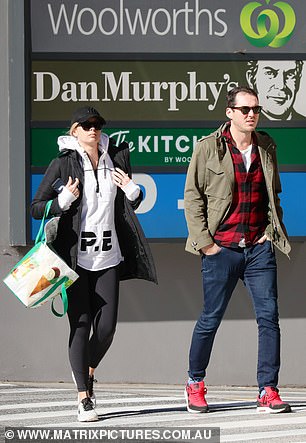 Casual: Peter opted for a pair of loose fitting jeans and a stylish khaki coat from the outing 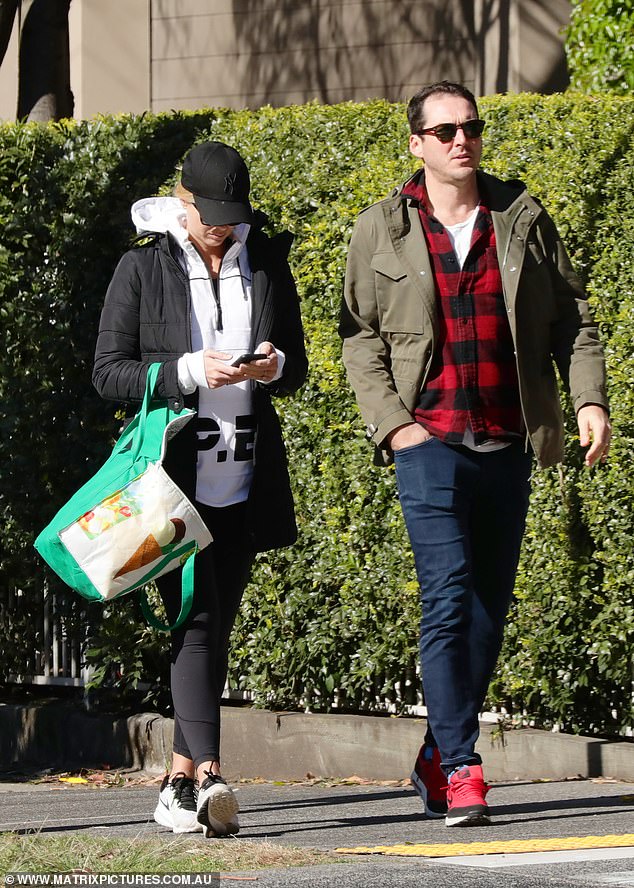 Busy! Sylvia texted on her phone while the pair walked home from the shopping centre