Ashley Tisdale kept it casual as she brunched on Sunday.

The High School Musical actress hid her rose-hued hair under a cap when she and husband Christopher French were spotted leaving All Time cafe in the Los Feliz neighborhood of Los Angeles after Sunday brunch.

The 33-year-old was casually dressed in a white hoodie that she wore under a denim Jacket with white jogging pants and sneakers.

Brunch break: Ashley Tisdale and her husband Christopher French were spotted leaving All Time cafe in the Los Feliz district of Los Angeles on Sunday with their fur baby Maui in a carrier

She toted their tiny toy pooch, Maui, in a dog carrier.

The 36-year-old’s thick, jet black hair was spiked up in rocker style.

Meanwhile, Ashley may love the color of her tresses but she’s not sure what others think. 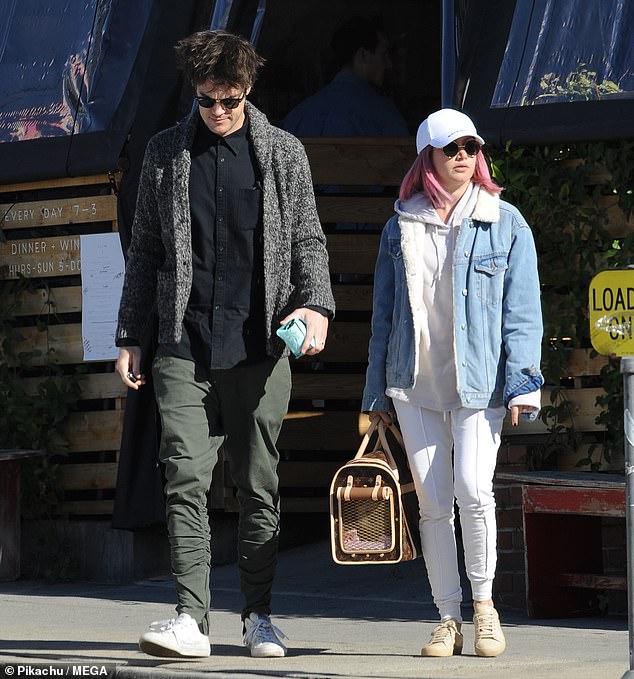 She took to Instagram on Saturday to muse: ‘I wonder when my agent will tell me to get rid of my pink hair?’

Her fans were shocked that she might change it with one, arrianmariee, summing up the support, writing: ‘DONT EVER GET RID OF IT I LOVE IT.

Ashley is currently promoting her new single, Voices In My Head, from her upcoming album, Symptoms. 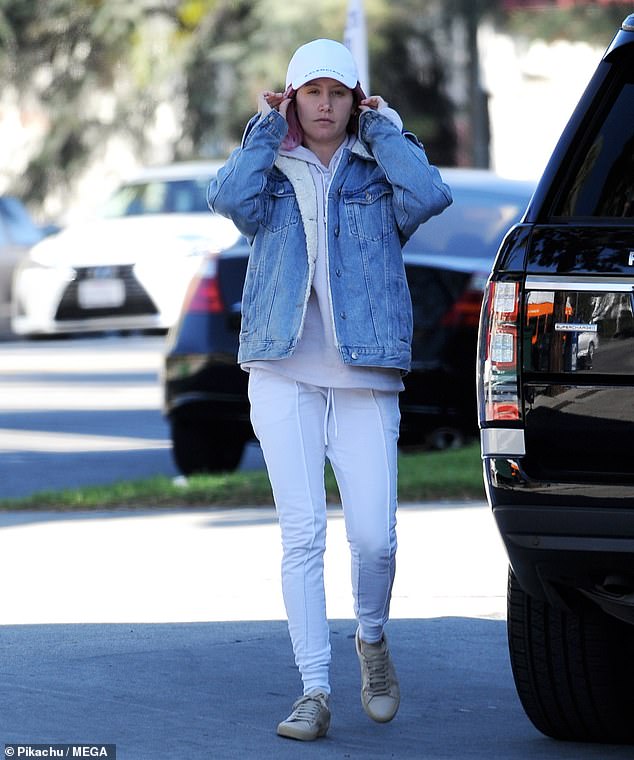 Casual style: Ashley was dressed in a white hoodie that she wore under a fleece-lined denim jacket with white jogging pants and sneakers

In an interview with Build in November, the New Jersey native discussed her nine-year hiatus from music, explaining: ‘For the last four years, I’ve been trying to find my sound.

‘Symptoms is about my journey through anxiety and depression. The album is all upbeat pop with some electronic feel to it. I’m really proud of it.’

Meanwhile, Ashley and Christopher celebrated their fourth wedding anniversary in September after being friends for some years. 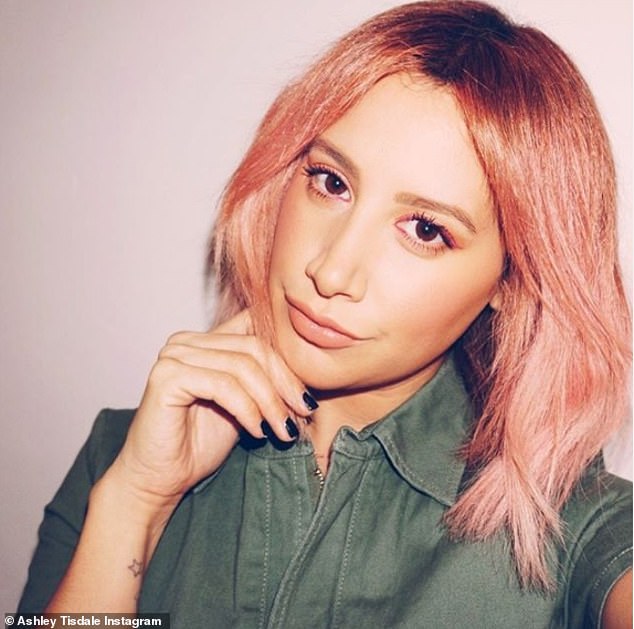 Color conscious: Ashley took to Instagram  to muse:  ‘I wonder when my agent will tell me to get rid of my pink hair?’ ‘Never’ her fans replied